I have this great urge to start killing off characters. It’s probably not even their fault. Although, come to think of it, the way some of them have been acting lately, it’s like they’re asking for it. 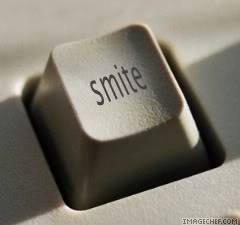 One player in particular has taken an unexpected turn toward the dark side. Normally, I get a pleasant rush when someone dependable does something unpredictable. I suspect my readers enjoy it, too. Normally, this is the province of bad guys figuring out new ways to be nasty. But it’s way weird when a good guy–or at least someone who isn’t always a bad guy–does something despicable.

It makes me worry. What have I done? Where is this going? Who mucked about with my coffee?

Writing is a lonely business. I can see you yawn, and I agree that the statement likely qualifies for cliche’ of the millennium. But it’s the truth, damn it, despite what the photo might suggest. (Besides, that ain’t me. And I have no idea who the hottie is, even though by now she’s likely approaching her 100th birthday.)

When one of your characters escapes from their carefully crafted box and does something bizarre, the writer is the only one around who can react. Some of us spill our coffee. Others lean back and giggle. I know a writer who will look around the room, like a dog disgusted by his own flatulence, to see if he can find the culprit who actually committed the deed. Weirdness, cubed.

Writers are not only lonely, we’re most likely schizophrenic, too, at least to a certain extent. We have conversations. With our characters! We know they aren’t real; we know they aren’t *there.* But we cuss them, and praise them, and talk about ’em like they’re offspring. Which, of course, they are.

That’s how imagination works, I suppose. I never really believed it came in a bottle, or a pill, or a syringe. Thank heaven. (It comes in a coffee mug, of course.)

Anyway, thanks for allowing me this little excursion into the surreal. I needed it. My characters did, too. They were getting nervous ’cause my right index finger lingered above the delete key too long.

Gotta keep the little buggers on their toes.

Grateful and well-loved husband, happy grandparent, novelist, editor, and teacher. My life plate is full, and I couldn't be happier. Anything else I might add would be anticlimactic. Cheers!
View all posts by joshlangston →
This entry was posted in Uncategorized and tagged imaginary people, plot shifts, sex and typewriters, thinking out loud, writer's block. Bookmark the permalink.