Where Should A Story Start? (Encore) 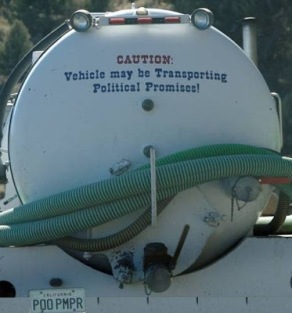 A story starts at the beginning, right? <cue uproarious laughter> Well, yeah, it should. The problem is, most neophyte novelists think they have to supply a dump truck load of information about their character and his or her situation before they actually get to the “good stuff.” That great, ugly pile of effervescent background info is referred to as backstory. Please understand–and I won’t sugarcoat this–no one gives a crap about it. Not now, anyway.

Later? Maybe. If delivered in small doses. A better definition of “beginning” is probably in order. For most novels, and I’m referring to genre novels, not “minimalist” or so-called “literary” fiction**, a story begins at the point where things are no longer the same. It’s when something has changed, and from that moment on, the status quo no longer applies.

[**Please note: I don’t have anything against minimalist and/or literary fiction; I just don’t write it, much less read it. Nor, for that matter, do I understand why anyone else reads it. That probably just defines my own pedestrian desires for entertaining material featuring characters I can care about. Hand me 300 pages of teen angst, navel contemplation, or the deeper meaning of fashion footwear, and I’ll leave empty-handed.]

In my classes, I present the seven parts of a good story. The first three of those should appear in the story opening: a person, in a place, with a problem. It’s nice to have a personality trait, too, as it can lend credibility to the character’s problem without requiring a great deal of added detail. These three essentials are often listed as character, setting, and conflict. It’s the same stuff, I simply prefer the alliterative version. (“Person” in this case is a major character, but not necessarily a human one, especially if you’re writing science fiction, horror, fantasy, or some other genre that features other life forms. One of my students wrote a wonderful story about a sentient log cabin that got its jollies by tormenting the folks who rented it for vacations. Great stuff!)

The problem (or conflict) may or may not be the primary driving force for that character, and it certainly doesn’t have to be the main problem to be resolved by the tale’s end. What matters is that the player has something he or she must deal with immediately. It could be a life and death issue, or it could be something much less dire. Consider: Melody Mayhem finally gets a job interview with Fabulous Fashions and discovers her shoes don’t match. Or maybe Curious Cal discovers the hard way why his Dad told him never to play with the power cables in his laboratory. Or, as Hunky Henry prepares for his championship wrestling match, he discovers someone has stolen his lucky jockstrap. Whatever.

The goal of the opening is to establish some sort of rapport between reader and character. If a writer can make a reader feel some measure of sympathy for a character’s plight, then half the battle has been won–the reader will almost certainly continue reading.

On the other hand, if the writer descends into details about what led up to the opening issue–Melody Mayhem’s obsession with design, her years of schooling, her parent’s desire to wear nothing but sweatsuits or polyester, for example–the reader will almost certainly quit reading. Game over.

I can already hear the plaintive whine, “But it’s all really, really important stuff!” I’m sure it is, and if you’re patient and persistent, you’ll find a way to work it in, painlessly, I hope.

Backstory should be doled out like bad-tasting medicine. You’re only doing it because it’s “good” for the reader. And I’m absolutely certain it has nothing to do with your desire to expose them to every last possible nuance which might have some bearing on your character’s attitude or actions. Right? Puh-leeze.

Your best bet is to manufacture sneaky ways to get the information into the story. Flashbacks can be effective, provided they don’t consist of: She remembered how it used to be, back in ’02, when she entered junior high and noticed for the first time that the other girls weren’t wearing sneakers from Crud-Mart. In fact, none of them dressed like her at all. Followed by umpteen pages of fashion faux pas and adolescent regret.

If you can resist the temptation to bore your readers to distraction, be happy with the first two sentences of that example. A few more careful hints will serve to let readers know what driving force propels Miz Mayhem toward her destiny.

You can toss little memory gems into conversation; you can leave mementos of past incidents scattered around; you can incorporate scars–physical or otherwise. Use your imagination. That’s what real novelists do!

Grateful and well-loved husband, happy grandparent, novelist, editor, and teacher. My life plate is full, and I couldn't be happier. Anything else I might add would be anticlimactic. Cheers!
View all posts by joshlangston →
This entry was posted in novel writing, Writing and tagged background, background information, backstory, character, details, fashion, new novel, novel, novel writing, planning, plotting, problem, sympathy. Bookmark the permalink.

9 Responses to Where Should A Story Start? (Encore)