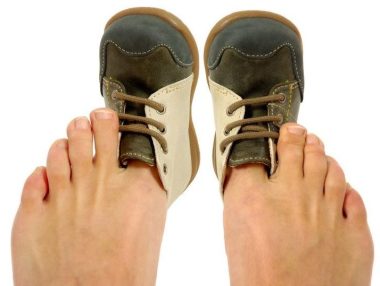 For the past 30-odd years I’ve had a sweet story percolating in my brain and taking up space on several different hard drives. I’m fairly certain it’s a young adult tale, but…  It’s the “fairly” part of the equation that keeps biting me on the posterior. Why, for cryin’ out loud, have I not been able to get this story written?

Because I’m not sure where the damned thing is going!

I’ve written over 20,000 words in at least four different attempts to bring this story to life. If nothing else, I expected to at least move the freaking needle in the right direction, but the same problem kept rearing its hideous head: I’m trying to force my sweet little YA story into something else, something bigger, somewhere it just doesn’t belong. But since I don’t have a concrete ending in mind–despite my fascination with and love for the characters–I keep trying to smush them into a form that isn’t right for them.

Twice now, I’ve written them out of novels I’ve gone on to finish (neither of which was aimed at the YA market). Now, believe it or not, it’s happened again. I saw the light in a novel I’ve been fiddling with since last summer. It won’t work with my sweet, little cadre of YA players, not even as a subplot. But that’s fine for the time being, my hands are no longer tied, and I can go on with the real story–the one I should have started working on in the first place.

I’ll hang on to what I wrote involving those YA players, and someday, hopefully, I’ll come back to them with an ending in mind. So, what does this have to do with the rest of the world’s writing population? Is there a chance I’m the only one who’s faced this dilemma? I doubt it.

Stories come in different sizes and shapes, and forcing one type to fit the mold of another just doesn’t work. You might finish the story; you might even find someone to buy it, but it won’t be as good as it could have been if you’d been true to it from the beginning.

Forced fits never look good. Imagine a size 20 butt in a size 8 tracksuit–or ten pounds of suet in a five-pound bag–same difference. Whether we’re talking suits or sacks, something’s gonna blow at any moment, and you don’t want to be near it when it does.

There are plenty of stories waiting to be told. Some of them are bound to be good! Be content with letting a story evolve into its own comfortable size and shape, at least in the first draft. You can pinch, pull, poke and prune it later.

That, I’m told, is what real writers do.

Grateful and well-loved husband, happy grandparent, novelist, editor, and teacher. My life plate is full, and I couldn't be happier. Anything else I might add would be anticlimactic. Cheers!
View all posts by joshlangston →
This entry was posted in Historical writing, novel writing, Writing and tagged bad fit, belly button, fat, genre, size, work in progress, YA. Bookmark the permalink.

5 Responses to Don’t Force It (Encore)