Posted on January 5, 2020 by joshlangston

So, I’m sitting here at my machine, and in between sneezes, coughs, and attempts to clear my sinuses (and everything attached thereto), I’m thinking it’s way past time for me to post something useful and writerly. (“Writerly” is a word, by God; I don’t care what Grammarly says.)

Alas, the muse must also be sneezing, coughing, and blowing her nose, because she certainly hasn’t blessed me with any ideas about a topic. We’re sick, y’see. Both of us. 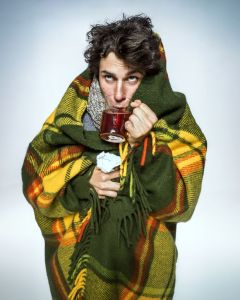 Honking, hacking, and hankies have become our/my stock in trade. I picked up this damned bug in suburban Portland, Oregon, where it likely gestated for a geological age or two, just waiting for some poor schlub from the hills of Appalachia to come along and give it a home. Mission accomplished. The Portland pathogen has arrived. Yea team. <wheeze>

And then it occurred to me that I could write about being unwell, physically. Mentally? Who the hell knows, or cares? The thing is, fictional characters can be ill, too. And that got me to thinking about the characters I’ve dreamed up who weren’t in the best physical shape.

I’ve featured several characters with disabilities: Meadow in Whisper  had a club foot; in Treason, Treason! two characters, Benedict Arnold and Joel Dawkins–one historical and one fictional–both suffered from the effects of gunshots to the leg. In the Druids trilogy, an untold number of characters suffered from dreadful wounds, and in one case, cancer. But as best I can recall, none of my characters ever had a cold.

As someone who prides himself on finding ways to complicate the lives, and by extension, the plots of my characters, it’s clearly high time to drop a bucket of bacterium on one or more of them. Heh, heh. Poor darlings. But I won’t be killing them, oh no. I’ll simply let ’em stew in their own microbial juices. Their lungs will become phlegm factories; their sinuses will flow like Victoria Falls in the rainy season. Their heads will become storage areas for cotton bales, and their ears will pop if and when they cease to ache. 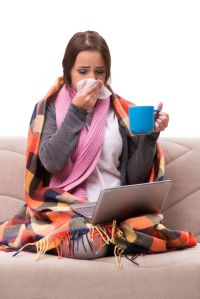 Oh, and their doctors will be away on holiday, all of them. The nurse practitioner at the local pharmacy will likewise be unavailable. The ER at the nearby hospital will feature a sign that reads: “Standing Room Only!”

Over-the-counter meds will provide temporary respite but only at the cost of muddled brains, upset bowels, and/or nervous tics. They’ll be sneezing on loved ones, coughing on their offspring, growling at their pets, and wishing they had the energy to crawl into a shower stall and hose themselves down. That, of course, assumes there would be any hot water available.

If “write what you know” is truly a thing–and I’ll offer my thoughts on that in a broader sense at some point–then I’m merely taking advantage of what I’ve “learned” in this latest mucus laden lesson.

(I’m feeling positively gleeful right now–giddy, giggly, and vengeful. It’s most likely due to the meds. The labels on those old plastic pill bottles didn’t fare well when the bathroom flooded. Or maybe it has something to do with what I added to my coffee. Whatever.)

In short, I’ll deliver unto my cast of imaginary victims everything I’ve gone through during any illness I can recall, including the effects from the current plague of microorganisms running amuck inside me now. “Pestilence is mine,” sayeth the writer!

Grateful and well-loved husband, happy grandparent, novelist, editor, and teacher. My life plate is full, and I couldn't be happier. Anything else I might add would be anticlimactic. Cheers!
View all posts by joshlangston →
This entry was posted in Historical writing, novel writing, short fiction, Writing and tagged characterization, characters, cold, cough, Fiction, flu, novel, pathogen, plague, Portland, sickness, sneeze, symptoms. Bookmark the permalink.