Go ahead, create a scene.

Writers and non-writers have completely different notions about what a scene is. Non-writers rarely think about those that don’t feature someone being outraged over something. I suspect too many who spend time aligning verbs and nouns overlook how significant “our” scenes are.

I hate to use the analogy of building blocks since it sounds a bit trite, but I can’t think of a better one. Stories, especially novels, are built one scene at a time, and the best ones share some specific qualities.

A good scene is a mini-story in itself. It should feature a beginning, a middle, and an end. It should present characters in conflict, which then raises tension. To the extent possible, the conflict should reflect some aspect of the larger story. It sounds more difficult than it is. If you have a scene which offers little or no conflict, ask yourself what it provides that couldn’t be done in a more interesting (i.e., conflict-driven) fashion.

Like the novel itself, a scene should begin as close to the action as possible. Very few scenes require a great deal of backstory leading up to whatever changes the status quo. Good scenes dive into the conflict early and focus on the issues the characters face to overcome or resolve the ensuing problems. You don’t have to begin every scene in the middle of a fight to the death. But each one should challenge the reader’s imagination and make him or her wonder: what’s going on? Why are we here? Where will this lead? Who needs killing? 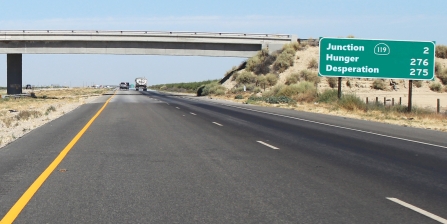 Each of those changes in direction will provide consequences for your characters. Be mindful of how they’ll change the overall story as well. These constant shifts are hallmarks of good stories. They provide the back-and-forth that keeps readers engaged.

Scenes need not go on forever. It’s fairly easy to become enthralled with the players or the action of a given scene, and there’s nothing wrong with that, but don’t let a scene go on too long. Know when to quit. Find a critical moment when you can shift the narrative to another point of view character or a different storyline. Leave the reader with an unanswered question. What’s in the box? Will he survive? Is she really out of bullets?

This doesn’t mean every scene should be short or that the story should be advanced in little bursts of frantic activity. If you can devise a way to make your scene do more than one thing, like advance the plot and examine a character flaw, by all means, do it. There’s no rule that says scenes can’t multi-task. In fact, the story will likely be better off if they do.

Think of scenes as chains of cause and effect. Scenes typically follow one storyline or subplot. Something happens to create the first link in the chain and subsequent events generate additional links. These chains also require a satisfactory end. If you can’t think of a way to do that, give serious thought to nuking the entire chain. Why is it there if it has no conclusion? What’s the point, except to annoy the reader?

At the end of the writing day, prepare yourself for the one to come. You’ve likely already thought about what comes next. Jot yourself a note or two about it. Identify anything you know you should include, anything you don’t want to forget. Then relax and enjoy the balance of your non-writing day. Give your internal storyteller a rest. Just be aware that most writers can’t completely turn that rascal off. And that’s okay, too.

When your next writing session begins, take the time to review what you wrote the day before, and be sure to dig out the plot line scenes which immediately precede the one you’re about to write. Refresh yourself with the details you’ll need to continue the thread.

Grateful and well-loved husband, happy grandparent, novelist, editor, and teacher. My life plate is full, and I couldn't be happier. Anything else I might add would be anticlimactic. Cheers!
View all posts by joshlangston →
This entry was posted in Historical writing, novel writing, Writing and tagged action, cause and effect, direction, Fiction, mini-story, non-fiction, pacing, point of view, road trip, scene, scene length, status quo, story length, Writing, writing session. Bookmark the permalink.

8 Responses to Go ahead, create a scene.