Posted on January 6, 2019 by joshlangston

So, you’ve followed all the suggestions, gotten all the feedback you could stand, made all the updates, corrections, and edits; you’ve picked all the nits, tied up all the loose threads, thanked everyone you could think of, and now it’s time to release your baby into the world. The book you hold in your hand is the culmination of hard work, possibly some of the most intense work you’ve ever done, and you want it to succeed. Right? Who wouldn’t? 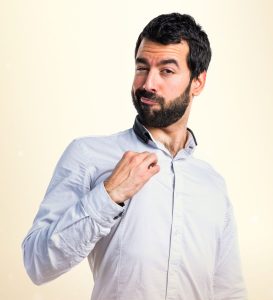 One of the most common, and natural, inclinations is to organize a book launch party. These can be modest affairs or range much wider into major celebrations. The two biggest limiting factors tend to be how much money you have to spend and/or how many influential people you can persuade to attend. Many who are new to the publishing world are reluctant to shine a light on themselves. But that’s silly. No one else is likely to do it, and you deserve it. You’ve accomplished something most folks can’t even dream of doing. You’ve written a book! You’ve entered a world populated by some of the greatest names in literature. You’ve earned the right to take a bow. So take one!

Where you throw your party is up to you. They’ve been held in homes, clubhouses, schools, shopping malls, bookstores, libraries, museums, churches, outdoor pavilions, subway tunnels, public parks, sports venues, animal shelters, and virtually every kind of retail establishment one can think of. Authors tend to be creative, so the variety of books being published is legion. So, too, are the places chosen for those launch celebrations.

You’ll need to start early and concentrate on your mailing list. Hopefully, you began to build that list long before you typed “The End” on your manuscript. You’ll want to invite as many people as you can, especially if you intend to sell books. This is fuel for your book’s launch. The countdown should begin long before your invite the audience. 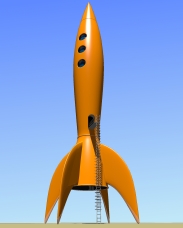 If your goal is to acquire reviews, you may want to be more selective. While you won’t have to pay retail for printed copies of your own book, there is still a cost involved. This is critically important if you intend to give away “author copies.” In the land of the Big Five, these are called ARCs or Advanced Review Copies. They’re often produced without a finished cover. Some are even generated before the final editing has been done. You can have pre-release, proof copies of your book printed and distribute those if you’d like. The cost is the same whether it’s a finished copy or a proof.

You’ll want those reviews posted on Amazon, first and foremost, and then anywhere else the reviewer can think of. This includes Goodreads.com, Barnes and Noble, and any other retailer carrying the book. There are also a host of book review sites online. Some are better than others, but that’s a whole different discussion. What you don’t want to do is pay for reviews. Amazon doesn’t take kindly to it, for obvious reasons. Besides, who would put any stock in a paid endorsement?

Whether you serve food and/or beverages is your choice as well. Ditto for entertainment. When I launched Treason, Treason! I offered a free, signed copy of the book to anyone who attended the festivities in period costume. Quite a few folks took me up on the offer, and we had a good many American Revolutionaries milling about during the affair. It added flair and made the evening more interesting. It also helped to draw traffic from the general public since the launch was held in a retail store on the town square. 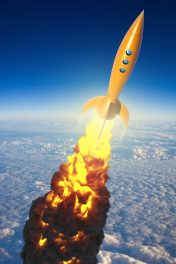 Media contacts are important, so you’ll need to send out press releases to local papers. Don’t forget radio and TV; you never know who might turn up, especially if you can boast of a celebrity or two in attendance. That could give your book a real launch!

But what about after the party? Stay tuned….