Revisiting thoughts from the past…

This has been a tough week, for meeting editing commitments and dealing with the loss of a beloved brother. So, rather than let the week go by without a post, I’m doing a remake of one I first cranked out five years ago. It may not be shiny new, but I’ve given it a good going-over, tightened all the loose parts, and run it through the wash. It may rattle a bit, and make odd noises at inconvenient times, but it’s still worth a read. So, here ’tis:

While digging through the digital detritus on my hard drive–the stuff never seems to stop breeding–I happened upon a book trailer produced for Druids, my first published novel. I somehow managed to forget about it, even though it features a young lady who is ever near to my heart, the lovely and talented Miss Alexis Langston (who is now twelve, and who retains all the charm and grace she displays in the video). 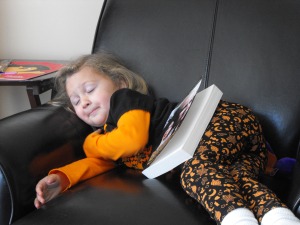 I can remember back in the early 90’s when my friend, Barbara Galler-Smith, and I were feverishly working on the first book in what we hoped would become a multi-volume series. One of the issues which bothered me at the time was how my mother would react to some of the racier scenes in the book. I was in my 40’s back then, and my own kids were off in college. Geez, I wondered, what will Mom think when she reads the–you know–steamy parts? Barb had similar concerns, but as a middle school teacher, she had other readers in mind, to say nothing of their parents.

It turns out we were worried about the wrong audience. It takes so long to get a book published through conventional channels, that by the time Druids finally hit the market, my mother was gone, and I was concerned about what my grandchildren would think when they encountered my unbridled literary libido!

That still hasn’t happened, but it’s only a matter of time. I have a feeling, however, that little miss Lexi will be most forgiving. Besides, there are two other books in the series which are even worse, to say nothing of the dozen or so that have come out since Druids made its debut.

So, what’s the takeaway from all this? Two things: book trailers rarely generate new sales, and publishing via traditional means hasn’t gotten any quicker. I’ve got too many stories to tell to wait for agents, editors, publishers, marketers, and bean counters to give me their blessing. Besides, I’ve got four additional grandkids who may someday want to read my stuff. I’d like it to still be available. That’s a guarantee traditional publishers can’t give.

So, I’ll continue to go directly to my readers on my own schedule. But no more book trailers, unless someone else pays for ’em.

Grateful and well-loved husband, happy grandparent, novelist, editor, and teacher. My life plate is full, and I couldn't be happier. Anything else I might add would be anticlimactic. Cheers!
View all posts by joshlangston →
This entry was posted in novel writing, Writing and tagged agents, book trailer, editors, grandkids, kids, marketers, Self publishing, sex scenes, traditional publishing, what will my mom think. Bookmark the permalink.

5 Responses to Revisiting thoughts from the past…