Idea mining. How to write a novel–part 24

Posted on December 6, 2014 by joshlangston

The process of creating character motivations, actions, and consequences naturally demands ideas, and this is where weak, uninspired and/or derivative plots evolve. I rarely trust the first idea I have for anything. I urge all writers, and most especially beginning writers, to adopt this attitude. 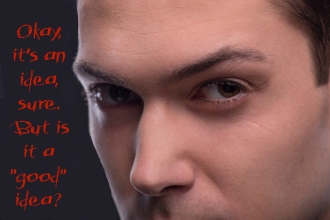 Idea mining generally means digging deep to get at the “good stuff.” Ideas found in the topsoil are those that anybody is likely to have. They’re rarely original, and readers will easily recognize where they lead. Digging down below the topsoil gets you into richer territory. Ideas found here will likely work for most readers. Alas, they’re very likely to be old hat for editors, agents and manuscript buyers. These folks have seen a lot of second layer stuff, and chances are, anything you find there won’t be original to them.

That means if you want to find something unique, you have to dig way down, through the subsoil, and into bedrock. And when you get there you’ll likely have to chip away at it until the gem you need gets knocked loose. It’s work–a helluva lot of work–but it’s worth it. This is the zone that generates plot twists that no one sees coming. It’s where motivations don’t just feel right on the surface; they resonate all the way through a character, and the actions the character takes as a result will both intrigue and engage readers.

For example, let’s assume I’ve decided to write a romance, and I’m determined to use the time-tested meme of “boy meets girl; boy loses girl; boy gets girl back.”

You and I w 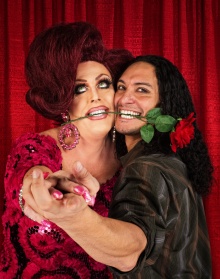 ill probably never extract the same gems from the bedrock of the idea mine, and just because I find something doesn’t mean it’s the best or the only gem available. Hopefully, you’ll find something much better.

First, I need to tackle the boy meets girl part. I could opt for easy–they were sweethearts in school–or I could go the opposite route–she’s a nun, and he’s a gang-banger from the worst slum on Earth; they meet in the emergency room of a charity hospital where he’s being treated for a gunshot wound sustained in a drive-by shooting. Or maybe I’ll find something in-between: she’s an exotic dancer hired to entertain at a bachelor party he attends. Obviously, there are a gazillion variations available, but readers have seen almost all of them, so I’ll have to dig deep to find something original. Maybe they meet at a special school for deaf mutes. (How’s that for a challenge!)

Obviously, how they meet will impact the how and why of their mandatory separation. Again, finding the unconventional will require effort. In scenario one, my first impulse would be to have one of them move away. Yawn. [Insert your fave clichè about trite plot points.] Better to have one of them kidnapped by terrorists, a crazed school board member, or aliens from the seventh planet. 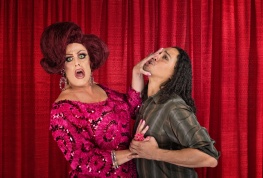 In the nun/gangbanger scenario, a rival gang could abduct her; a crusading district attorney could target her, or the person in charge of her Order could ship her off to tend Ebola patients somewhere in Africa. Or something could happen to him–like prison, or paralysis, or conversion to Islam. Again, choices abound, even though the basic plot hasn’t changed since the earliest cave dwellers gathered around a fire to tell lies, impress cave babes, and entertain each other.

How in the world will these star-crossed lovers be reunited, thus fulfilling the third leg of the plot stool? [Ew–he said “stool.”] I don’t have a clue. But I can guarantee I’d grind a heap of bedrock before I worked it out.

Here’s a thought: why don’t you take a shot at coming up with a “boy regains girl” ending for one of the scenarios above? Let’s see how creative you can be. Post your thoughts in a reply below. If I get enough responses in the next few days, I’ll choose a couple and and test drive ’em here.

Next up? That depends on you. I love talking about ideas, but I can always go back and discuss dialog. Plenty of unfinished bidness there.

Grateful and well-loved husband, happy grandparent, novelist, editor, and teacher. My life plate is full, and I couldn't be happier. Anything else I might add would be anticlimactic. Cheers!
View all posts by joshlangston →
This entry was posted in Writing and tagged boy-meets-girl, hierarchy of ideas, idea mine, plot development, romance, suspicion, Writing. Bookmark the permalink.

2 Responses to Idea mining. How to write a novel–part 24