Posted on September 2, 2014 by joshlangston 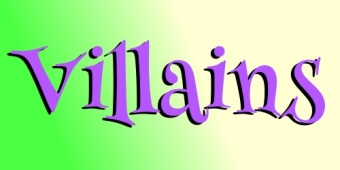 If you don’t take your bad guys seriously, how can you expect your readers to feel any differently? We’re talking about villains here, and for most adult fiction, tw 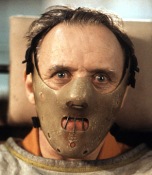 e Snidely Whiplash rate no better than what they are: cartoons. Real villains ought to be capable of inducing nightmares.

In comedic films, a bungling bad guy might be worth a laugh or two. The film “Home Alone” demonstrated how two complete idiots could provide slapstick humor for about 60 seconds of a 90-minute feature. Try that in an adult novel, and your readers will dispose of your work like bad sushi. Worse, they’ll remember your name, and when it shows up again, they’ll treat you like a hitchhiker with a chainsaw. How’s that for irony? What you took all too lightly, they’ll take quite seriously.

So, no paper tigers. If you’re going to put a villain in your book, make sure he’s worthy of the designation. Allow him to do despicable things. You have to be mindful of your target audience, obviously. Darth Vader didn’t run around cutting the heads of puppies, but no one ever doubted he’d be capable of it. For the most part, the bad things he did were visited upon his subordinates. Sure, he loped off Luke Skywalker’s hand, but he cauterized the wound, and Luke was fitted with a prosthesis anyone would be proud to have. Contrast that with what Peter Pan did to Captain Hook. Who’s the bad guy now?

Sorry. ‘Nuther cartoon reference. But at least Hook isn’t two-dimensional. He’s a “real” bad guy. Seriously, if a villain makes little kids walk the plank, how can he not automatically qualify as nasty? C’mon! Geez.

Assuming you’re working on a novel rather than a cartoon, you’re probably going to need to spend some time figuring out why your bad guy is so rotten. Was he born that way? It’s possible, but unlikely. Without getting into the whole environment vs evolution issue, writers will do themselves–and their readers–a valuable service by investing enough time in their characters to understand the driving forces behind them. This absolutely includes bad guys.

Nowadays, looking at the news, we can’t help but laugh at the idiots who rob stores while wearing uniforms with name tags. “Hi! I’m Jerry, and I’m here to steal your stuff.” Siren. Blue lights. Click of handcuffs. Clang of cell door. Crack of gavel. “See ya in ten years, Jerry baby.” If you put that crap in your novel–as anything other than a humorous aside–you’re begging your readers to quit reading. They don’t have to invest time or money to hear about idiots. The world provides a never-ending parade of morons who can’t think through a crime any further than “Gimme the cash!”

Then they run off down the street with the blinky lights on their Wal-Mart sneakers marking their passage. “Yo! Follow me to my secret hide out!”

I dunno, officer. Distinguishing marks? Like… where? On his face?

Please, don’t let your bad guys be stupid. They don’t have to be evil geniuses, but they ought to have enough smarts to intrigue a reader. Let them figure out how to avoid the easy mistakes, at least.

And give them something to make them different. Stereotypical bad guys are as tedious as it gets. We’ve all seen ’em: the doughnut-munching cop who takes payoffs, pimps (who, no matter what, are all the same), spoiled rich kids (male or female, doesn’t matter), dirty politicians, etc. We expect certain behaviors from these characters, and any significant deviation makes us instantly suspicious. Why not use that suspicion to our advantage? Maybe the stereotype is merely a cover for something that’s worse?

‘Course, then there are the stereotypical differences: terrorist, serial killer, demonic possession. There are many others, so picking the one thing that differentiates your bad guy from all the rest won’t be easy, but it’ll be worth it. You’ll have to devote some serious thought to how your beauty pageant winner turned to chainsaw mayhem or how your Sunday School Teacher of the Year somehow turned into a kidnapper and a cannibal. But just think how much fun writing those stories will be!

Next up: Hey–that’s not what really happened.

Grateful and well-loved husband, happy grandparent, novelist, editor, and teacher. My life plate is full, and I couldn't be happier. Anything else I might add would be anticlimactic. Cheers!
View all posts by joshlangston →
This entry was posted in Writing and tagged adult fiction, chicks with chainsaws, dumbass characters, motivation, plots, stupidity, Writing. Bookmark the permalink.

6 Responses to Why you need “good” bad guys. How to write a novel — part 6