Help! My characters suck. How to write a novel — part 5

It happens sometimes. A character you think has potential turns out to be a white bread bore. And as we all know, boring is bad. You might be able to write flawless prose; your descriptions might be crisp and insightful; your plot might be completely unique, but if the characters driving it are ho hum, their sleep-inducing presence will contaminate all the lovely bits and turn your masterpiece into a litter box. One that desperately needs changing.

So, how does one turn bland into dandy? Start by recognizing the most basic truth: doing something is always more interesting than doing nothing. If your characters are boring, it’s probably due to a lack of action. This harken

s back to Part One wherein we explained that characters must have a motive; they must do something because of it, and no matter what they do, there will be consequences.

Motives aren’t that hard to create. Ohio State Professor Steven Reiss has proposed a theory that nearly all human behavior is guided by 16 basic desires. If interested, you can read more about it here. For novel writers, we can get by on more general terms: All characters have needs, wants and desires. If they don’t, they’re department store dummies — manikins.

The trick is to make those needs, wants and desires interesting. One method is to push tepid motivations to extremes. Instead of being hungry, poor Dolly is starved. Instead of being sad and lonely, Fred is isolated and bitter. Instead of being disappointed, Penelope is outraged. Almost anything can be made extreme, and extremes lead inevitably to action. Characters may be obsessed without being insane. 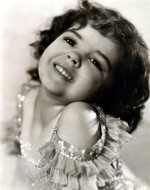 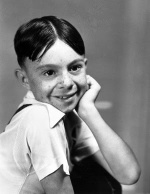 Joe sees Molly. She’s everything he ever imagined in a girl. Is he content to daydream about her, or does he try to develop a relationship? If Joe finds the courage to approach her, how does she react? Does she laugh at him? Ignore him? Go all goofy? How does Joe handle it? Does he become a wall flower or does he morph into a mouth-breathing stalker complete with a Molly memorabilia shrine? Hey, you’re the writer. Figure it out.

But wait! What if Molly isn’t really special? What if her self esteem is so low, she can’t tell that she’s attractive? How might that drive her? 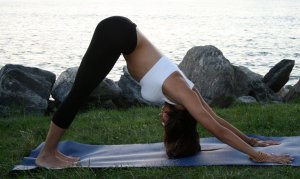 Does she curl up on the sofa and eat gallon after gallon of Rocky Road ice cream while bemoaning her situation, or does she join the gym, get a makeover, and work out until she can be a model for yoga pants? What if her desire to look good becomes an obsession? How does she fund it? How does she explain it? Where does it take her?

What are superheroes if not regular folk taken to a ridiculous extreme? And yet, comic book heroes are hugely popular. This is not to suggest that you give your characters super powers, but you should give them something.

Give them a focus, a reason for changing the status quo. Most books have an inciting event, some sort of trigger which starts the plot-ball rolling. It doesn’t have to be an earthquake or a sneak attack by aliens from the seventh planet. It could simply be Joe waking up one morning and deciding he’s tired of being a wallflower. Conversely, he could swear off stalking, tear down his Molly shrine, and cart it all to a landfill (where he’s sure to be spotted by someone who knows Molly and can make Joe’s life miserable by ratting him out).

Action begets more action. Complication stimulates creativity. Manikins don’t do much other than look good in a certain light. But they’re always going to be just dummies. Your readers deserve better.

Next up: “dumb ass” characters (and why they should be avoided).

Grateful and well-loved husband, happy grandparent, novelist, editor, and teacher. My life plate is full, and I couldn't be happier. Anything else I might add would be anticlimactic. Cheers!
View all posts by joshlangston →
This entry was posted in Uncategorized and tagged action, adult fiction, boredom, characters, motive, obsession, Writing, yoga pants. Bookmark the permalink.